2-way interaction between tyflow and phoenix FD is now possible thanks to the newly introduced PhysX Fluid Operator, which even comes with settings like buoyancy to control how much objects float or sink (similar to active bodies in Phoenix FD 4.0 This tutorial will teach you how to set up a liquid simulation that will push thousands of balls around. This technique can be used for a huge variety of FX, including water destruction, floating ships influenced by ocean waves, or even the elevator scene from the Shining, where the blood will actually push the furniture around! 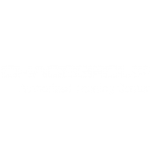